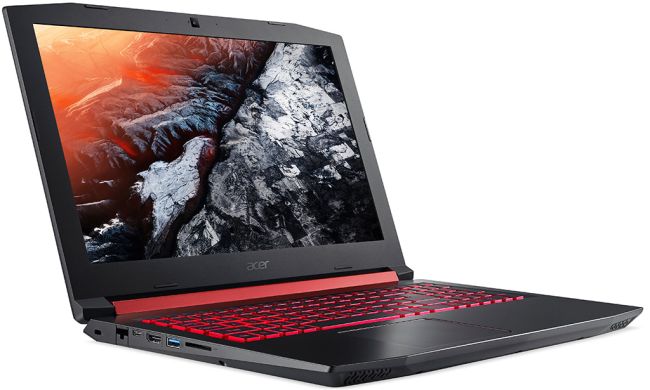 Acer has set its sights on the casual gaming crowd with a new Nitro 5 laptop line that starts at $800. These laptops eschew higher-end GPU options found in more costly gaming notebooks in favor of models that feature up to an Nvidia GeForce GTX 1050 Ti GPU paired with a Kaby Lake processor from Intel, or Radeon RX550 graphics with AMD’s newest A-series processors.

On the Intel side, Acer will offer Nitro 5 configurations with Core i5 and Core i7 processor options, both from Intel’s latest CPU architecture. If opting for an AMD setup, users will be able to choose from A-series FX, A12, or A10 APUs.

All of the laptops support up to 32GB of DDR4-2400 memory, though we suspect that baseline configurations will come with 8GB of RAM, or possibly even 4GB.

Select models will also pair PCIe SSDs up to 512GB in capacity with an optional HDD up to 2TB for bulk storage duties.

Every laptop will feature a 15.6-inch IPS display with a 1920×1080 resolution and Dolby audio. While not overly exciting, it’s nice to see that Acer did not cheap out with a TN panel despite the relatively low starting price.

There will be no mistaking the target audience with the Nitro 5’s design. It’s comprised of a matte black chassis with a hairline finish and a red hinge that runs along the back. There is also a “bold black” grill for ventilation. Flipping the laptop open will reveal a red LED-backlit keyboard with outlined WASD keys