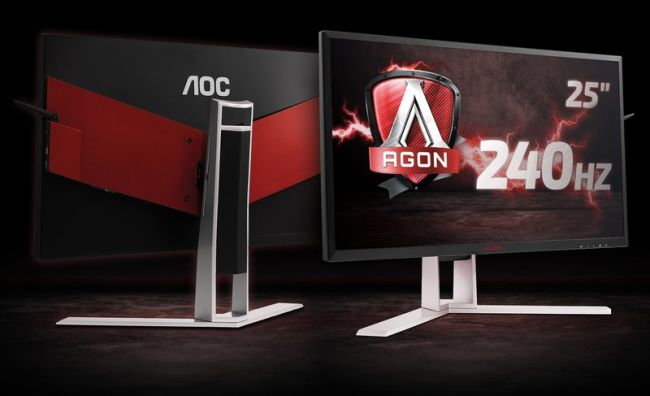 Not at the same time, of course (how would that even work?). However, this 24.5-inch TN panel lets you choose switch between faster action and a higher resolution, depending on what suits your fancy (and which game you’re playing).

The monitor has a fast 1ms response time. It also supports Nvidia’s G-Sync technology for stutter-free gaming and to keep ghosting and motion blur to a minimum.

Being a TN panel, viewing angles aren’t quite as flexible as an IPS display. In this case, AOC rates them at 170 degrees horizontal and 160 degrees vertical. Other specs include a 50,000,000:1 dynamic contrast ratio and 400 nits brightness.

The monitor comes with a pair of built-in 2W speakers, four USB 3.0 ports, a headphone output, and DisplayPort and HDMI connectivity.

Eteknix says the Agon AG251FG will be available in August for £519, which converts to around $674 in U.S. currency. That’s a bit steep, especially for a TN panel, but perhaps worth it for such an interesting combination of features.