Threadripper is AMD’s answer to Intel’s Core-X series, more commonly known as Extreme Edition processors. AMD is hoping to upset Intel’s dominance by offering more cores per dollar, just like it has done with its Ryzen 7 (Review), Ryzen 5 (Review) and Ryzen 3 CPUs so far this year. The launch of the Threadripper models completes AMD’s top-to-bottom desktop CPU lineup – though more variants within each family could still be launched. 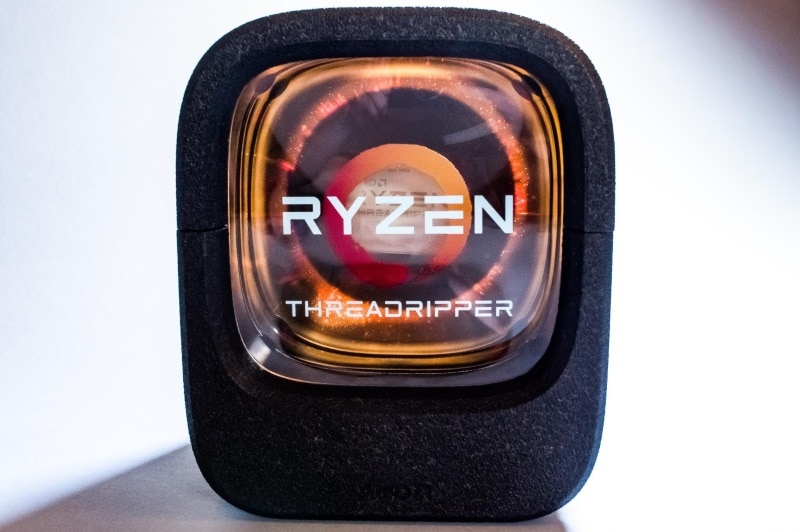 AMD is aiming Threadripper at content creators, gamers and overclockers who want the best performance without spending too much. These CPUs are physically much larger than mainstream ones, and use a different socket called TR4. They support quad-channel DDR4 RAM and feature 64 lanes of PCIe bandwidth for high-speed components such as graphics cards and SSD arrays. They have a much higher 180W TDP rating and need specific coolers. Because the Zen architecture is common between Ryzen product families, Threadripper CPUs are based on the same Infinity Fabric interconnect between internal clusters called Core Complexes, and have the same benefits including XFR which boosts speed beyond the rated limits when thermal conditions allow it, and SenseMI which adjusts operating parameters dynamically using hundreds of embedded sensors.

Threadripper-compatible X399 motherboards are available from Asus, Gigabyte, MSI and ASRock. They will also show up in pre-built systems from a number of boutique builders. Dell is the exclusive big-brand OEM at launch time, and has already announced several Alienware Area-51 Threadripper Edition models.

It has been a busy year for AMD, which hasn’t had a competitive CPU lineup in nearly a decade. The company has so far launched the entire Ryzen desktop CPU line as well as Ryzen Pro variants for businesses, Epyc server processors, and the Radeon RX 500 (Review) series of graphics cards. High-end Radeon RX Vega graphics cards are set to launch over the next few weeks, and Ryzen Mobile and APU products with integrated graphics are in the pipeline as well.