The Nintendo Switch may not have an official Indian presence, but that hasn’t stopped game companies from making their titles available. FIFA 18 for the Nintendo Switch will be coming to India. EA’s popular football franchise joins Ubisoft’s Mario + Rabbids Kingdom Battle and Warner Bros’ Cars 3: Driven to Win as an official release for the console that’s not had a proper launch in the country.

Amazon India is FIFA publisher EA’s exclusive retail partner in the country. It has listed FIFA 18 for the Nintendo Switch priced at Rs. 3,999. The release date is inline with the PS4 and Xbox One versions of the game of September 29.

And while EA supporting Nintendo’s new console can only be a good thing for gamers, keep in mind that FIFA 18 on the Switch doesn’t have all of the features of the PS4, Xbox One, or PC versions.

FIFA 18 The Journey: Hunter Returns – a follow up to FIFA 17’s The Journey single-player campaign, will be missing the Nintendo Switch. A press release from EA rattles off the modes it has and The Journey is not one of them. Instead fans get Ultimate Team, Career Mode, Kick Off, Women’s International Cup, Skill Games, Online and Local Seasons. 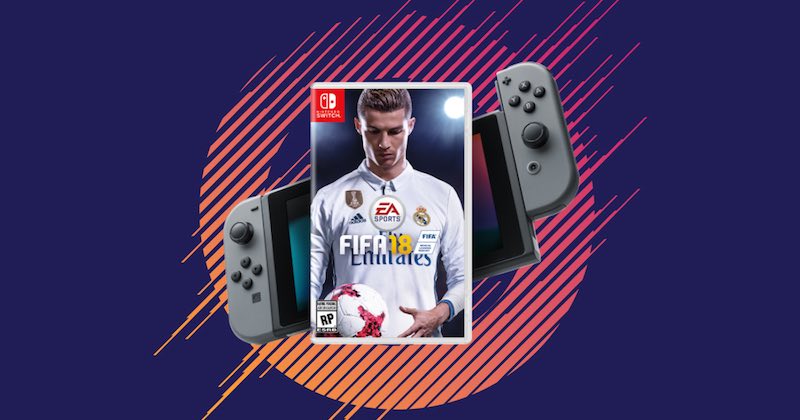 In addition to this, EA has previously stated that the FIFA 18 on the Nintendo Switch will run at 1080p when docked and 720p when in handheld mode.

As you can tell, this isn’t the first time a game has been made officially available in India for a console that hasn’t had a release through its manufacturer. We’ve seen this with the Nintendo DS and 3DS getting Pokemon games via Sunder Electronics and Nintendo Wii titles from E-xpress and the now defunct Milestone Interactive in the past.

As for the Nintendo Switch itself? Gadgets 360 understands that the console is selling steadily online and offline sourced via parallel imports. Nintendo’s absence has been far from a detriment. Hopefully, Indian distributors and game publishers bring more of their games to the platform in the future.