After the LG Q6, the company has decided to launch yet another smartphone in India – the LG K8 (2017). The mid-ranger has been quietly listed on its online store, and is priced at Rs. 11,000. While there has been no official announcement from LG, the website mentions that the smartphone is available in offline stores. Separately, an established Mumbai retailer claims the smartphone is already retailing offline at a price of Rs. 9,999.

The LG K8 (2017) is the successor of the LG K8 launched last year in March. This year’s variant sees a better camera, fingerprint scanning support, 4G VoLTE support, and a different design aesthetic as well. The LG K8 (2017) sports a fingerprint scanner at the back below the camera sensor. The LG logo sits at the front and the back, while the speaker is seen at the rear end as well. The front panel has sufficient bezels with on screen navigation buttons. There is a 3.5mm audio jack on top, and the volume keys sit on the left edge. 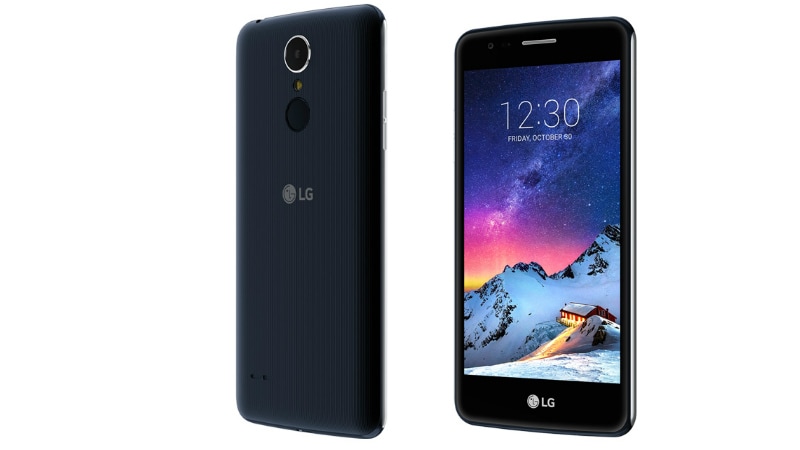 The LG K8 (2017) runs on the dated Android Marshmallow, and supports dual-SIM (Nano +Nano) slots. It features a 5-inch HD (720×1280 pixels) display and is powered by the 1.25GHz quad-core processor paired with 2GB of RAM. Internal storage is at 16GB with the option to expand further using a microSD card (up to 200GB).

As for optics, the LG K8 (2017) offers a 13-megapixel rear sensor with autofocus, f/2.2 aperture, and flash support. At the front, there is a 5-megapixel sensor for selfies and video chats. The smartphone packs a 2500mAh battery and connectivity options include 4G VoLTE, Wi-Fi 802.11 b/g/n, Bluetooth v4.1, Wi-Fi Direct, and AGPS. Sensors on board include proximity and accelerometer. The smartphone has been made available in Gold and Blue colour variants.