US sales of existing homes slowed in July with economists saying tight supplies have hit turnover in a strong market, pushing buyers to the also-strained new-homes market.

The National Association of Realtors reported Wednesday that used home sales across the United States fell 3.2 percent in July from June to an annual pace of 5.39 million units.

That was also 1.6 percent below a year ago, ending a four-month streak of gains, but reflects more an issue of availability than demand, according to Lawrence Yun, NAR chief economist.

Showing the tightness of the market, the median existing-home price in July, including single-family homes and multiple-home units, was $244,100, compared with the 2015 average of $222,400.

“Severely restrained inventory and the tightening grip it’s putting on affordability is the primary culprit for the considerable sales slump throughout much of the country last month,” Yun said in a statement.

That situation contributed to new-home sales hitting their highest pace in nearly nine years in July, as the Commerce Department reported on Tuesday. 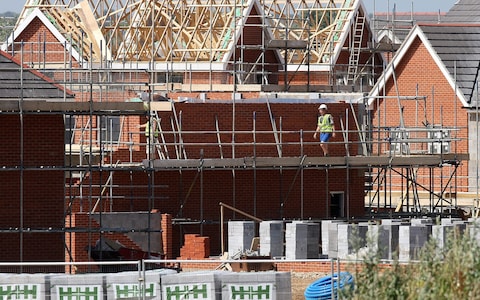 The strength of the market is putting more pressure on builders to pick up the pace of construction, but also to build smaller, more affordable residences.

Yun noted that there was too little construction of new condominiums, a small portion of the market but a key option for more budget-constrained families.

Kristin Reynolds, US economist at IHS Global Insight, said the US used housing market remains on track for its best year since 2006, when the market bubble peaked and began to collapse.

“The fundamentals for housing remain encouraging, with employment and incomes steady and very low borrowing costs,” she said in a client note.

“We expect moderate price appreciation to encourage inventory expansion and sustain the pace of existing-home sales.”