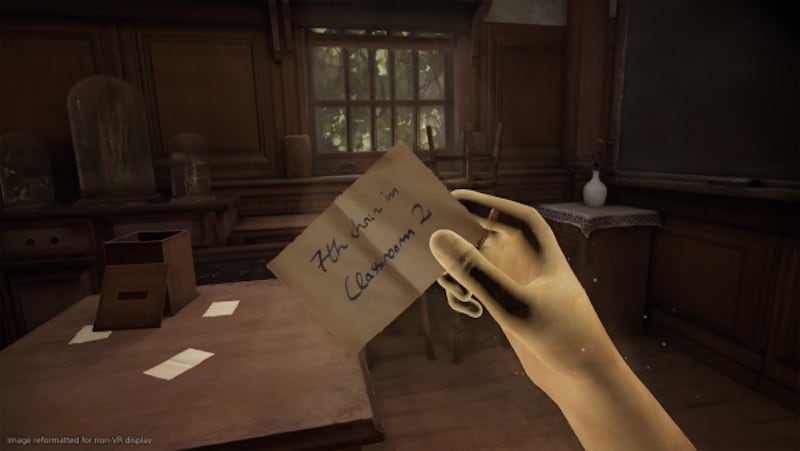 While the Sony PlayStation E3 2018 event focused on the likes of Death Stranding, Spider-Man, The Last of Part II, and Ghost of Tsushima, there was room for one announcement right after it ended. In the company’s E3 2018 post-show it revealed Deracine. It’s a PlayStation VR (PS VR) exclusive game from Bloodborne and Dark Souls developer From Software. No release date was mentioned other than a 2018 release window. With Gamescom, Paris Games Week, and Sony’s own PlayStation Experience yet to come, we could see more details around Deracine sooner rather than later.

As for the game itself, it has you as a spirit summoned by a young girl in a boarding school and you’ll build a bond with students with interactions and “the spirit must use its ability to manipulate the forces of life and time to change the fate of the pupils.”

In the game’s E3 2018 teaser, a voice off screen says, “Aren’t you excited? You’re going to be a fairy and live in the world where time stands still, when nobody can see what you’re up to ever again.”

Previously Sony permanently dropped the price of PS VR. The PS VR price is now $299.99 in the US (around Rs. 19,500) and 299.99 Euros (close to Rs. 24,200) in Europe. This comes after a flurry of retailer-driven price cuts for the PS4 and PS4 Pro VR headset in the past few months. The company has confirmed that this new price point will be in effect from March 29 in the aforementioned regions. This of course includes PS VR CUH-ZVR2 or the PS VR 2.0 headset as referred to by fans, it’s a minor refresh of the PS VR that was announced in October 2017 with better cable integration. At the moment PS VR India price is Rs. 37,990. This includes the PS VR headset, cables, demo disc, and most importantly, the PS4 camera needed for VR.