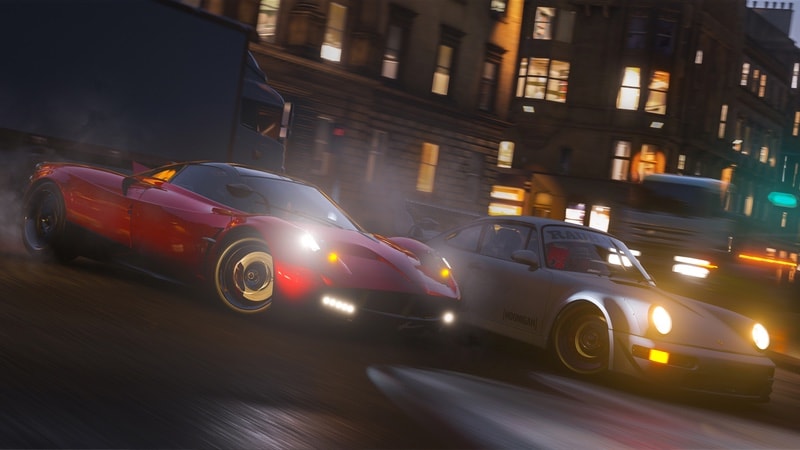 Forza Horizon 4 may have a dose of Halo in it, if the latest rumours are to be believed. A new leak suggests that the Warthog may feature in Forza Horizon 4, which has a release date of October 2 on Xbox, Windows 10, and Xbox Game Pass. For the uninitiated, Warthog is a general purpose scouting vehicle used in the Halo franchise. It’s a part of the United Nations Space Command’s ground vehicles and is probably well suited to the Forza Horizon 4 racing game series as an offroading vehicle. The leaked Warthog photo also shows a CCS-class battle cruiser in the background, which could make for an interesting appearance in Forza Horizon 4, if the leak is true, of course.

The CCS-class battle cruiser is a large spaceship belonging to the alien species called Covenant, which is at war with humanity in the Halo franchise. Based on the leaked picture, posted on Reddit, we can’t really make out much except that the Warthog could be a vehicle you can race with in Forza Horizon 4 and perhaps that the CCS-class battle cruiser from Halo will show up somewhere along the race track. The Warthog was also present in Forza Horizon 3, where you had to compete in a Forzathon event to win the vehicle if you didn’t own Halo 5: Guardians or Halo: The Master Chief Collection. That wasn’t even the first time a Halo vehicle appeared in the Forza series, as it did show up in Forza Motorsport 4 even if it wasn’t drivable in that game.

In other news, an entire chest of leaked Forza Horizon 4 images has surfaced on Imgur. You can do there to see more details about the vehicles to feature in the game and screenshots of showcase events in the game. For more information on the game you can check out the most recent Forza Horizon 4 features trailer (embedded below), where the Playground Games team details lots of things such as houses, types of races including a zombie survival team race, dedicated skill points for various cars, and much more.