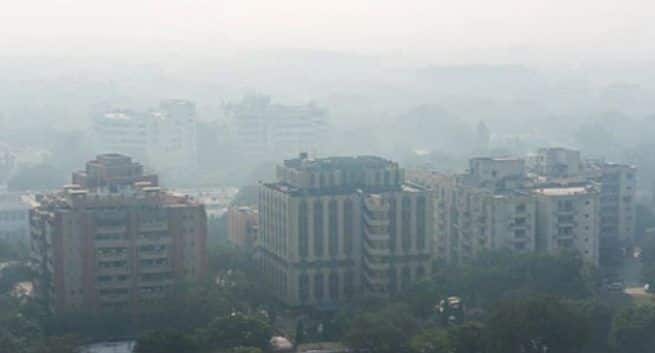 The national capital on Wednesday continued to breathe ‘very poor’ air on the second day of the year.

According to the System of Air Quality and Weather Forecasting And Research (SAFAR), the overall Air Quality Index (AQI) of the national capital was recorded in ‘very poor’ category late on Wednesday evening at 394.

The prominent pollutants in the air were PM2.5 and PM10.

SAFAR also said the air quality of Delhi air is improving despite “adverse weather condition”. The improvement it said was due to a “moderate wind” leading to dispersal of pollutants.

For Thursday, it has predicted that the overall air quality of the city will be recorded at 379 — ‘very poor’ category.

“Air quality is expected to remain at the border or ‘very poor’ over the next three days,” it predicted.

The city also witnessed an improvement in the minimum temperature.

The maximum temperature on Wednesday settled at 23 degrees Celcius, three notches above the season’s average.

The weather office had predicted the minimum temperature will drop to 5 degrees Celcius on Thursday.